Actor and burlesque dancer Lana Te Brugge, known by her stage name Red Baroness, took a stand against gender-based violence by dressing in a striking costume and walking up Adderley Street on Saturday to the provincial legislature.

The walk was part of her campaign called Voice for the Voiceless, during which she aims to create awareness about gender-based violence as well as raise funds for two charities – Saartjie Baartman Home for Women and Children in Manenberg, and SA Women Fight Back.

She said she would walk alone in a different part of town once a month to stand up for women around Cape Town. Through the act of walking alone, she also wants women to know they can make it on their own.

T-shirts are also available with the Voice for the Voiceless logo and proceeds will go towards charities around South Africa.

To partner with Voice for the Voiceless, or to enquire about donations, email bridgebuilderssa@gmail.com or redbaroness44@gmail.com 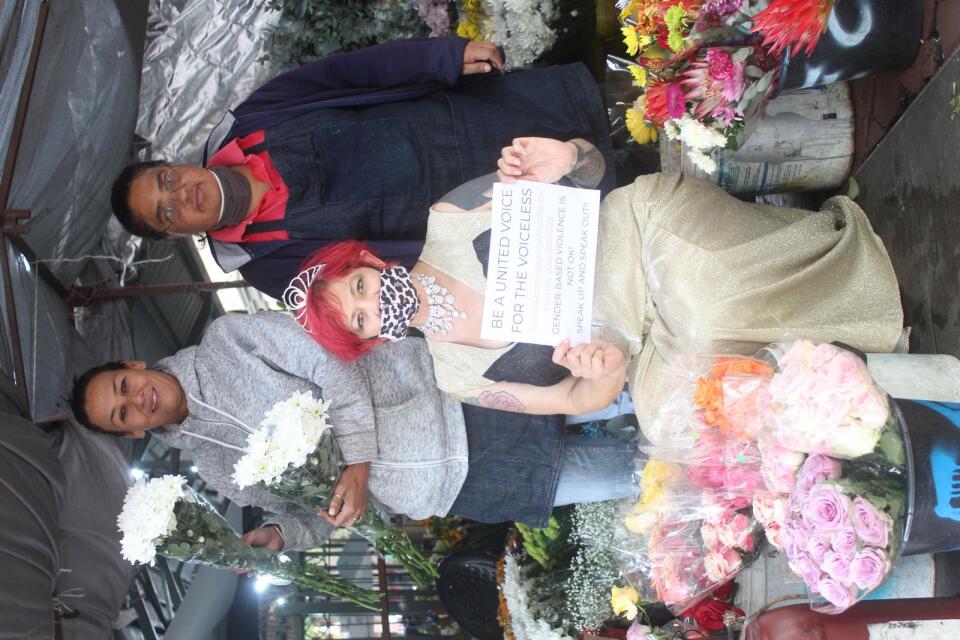 1/5: Flower sellers Karin Bachmann from Grassy Park and Claudia Menyacho from Parkwood Estate supported of the cause of Lana Te Brugge, an actor and burlesque dancer who goes by the stage name Red Baroness. 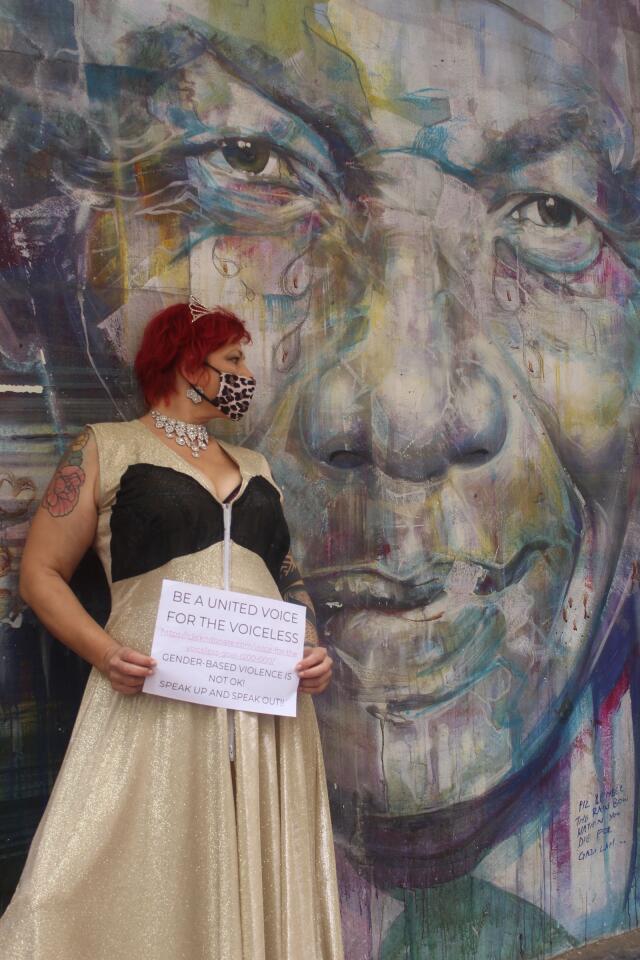 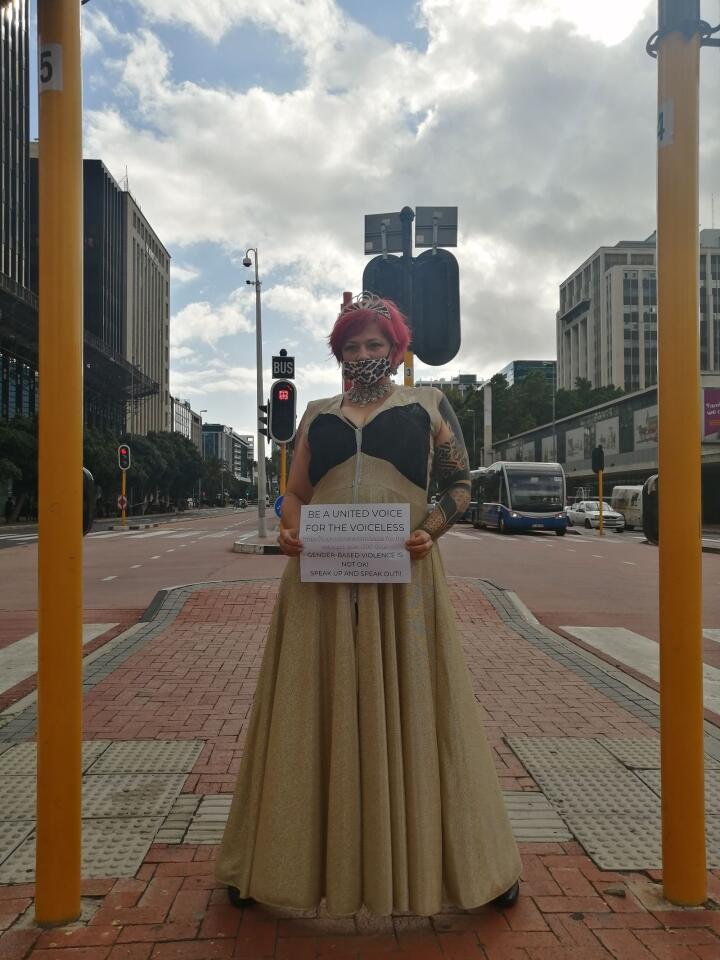 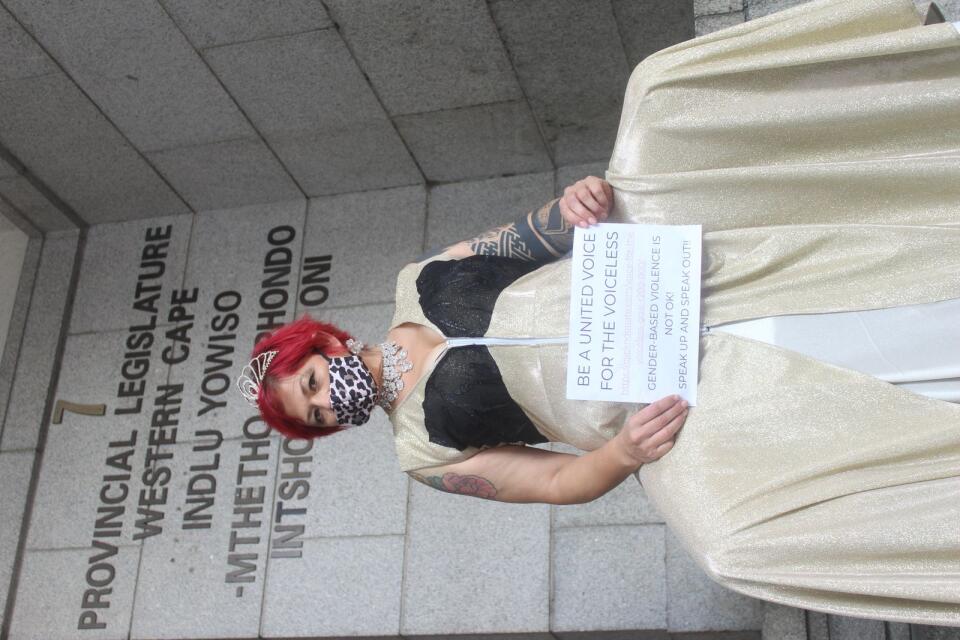 4/5: Lana Te Brugge, also known by her stage name, Red Baroness at the provincial legislature in the city centre. 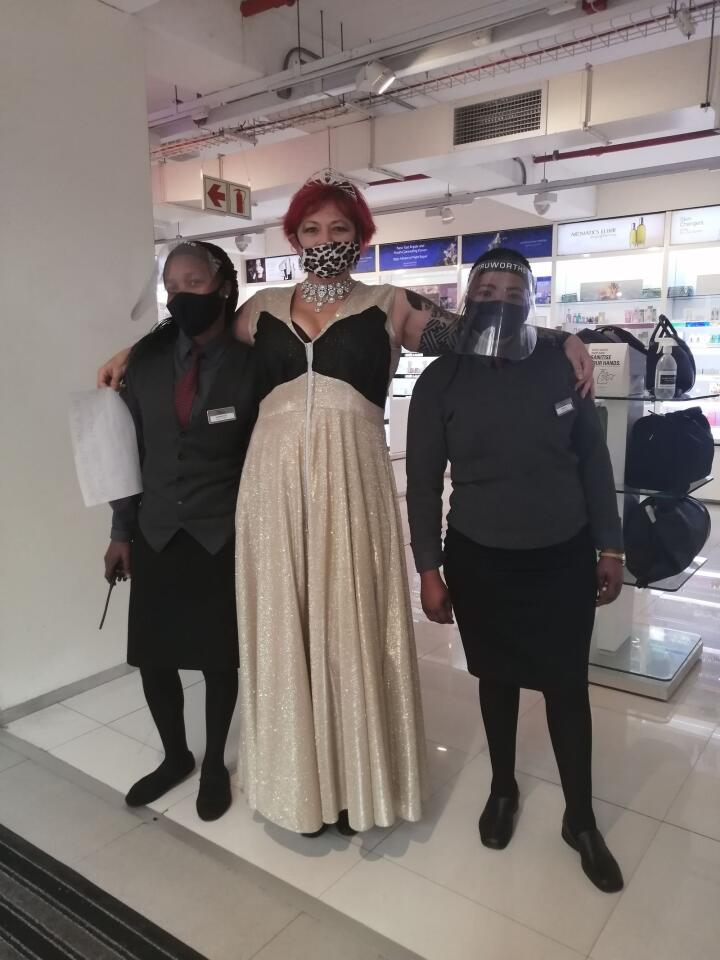 5/5: Lana Te Brugge is pictured with Nomaphelo Momo, left, and Nomasibulele Nqinileyo, right, from who Hout Bay supported the cause.