Heathfield High School is celebrating its 60th anniversary and while Covid-19 has disrupted many of the school’s planned celebrations, principal Wesley Neumann has called on past teachers, learners, parents and friends to support their anniversary projects.

Heathfield High School was founded in 1961 with four classrooms at three different venues in Retreat. Two were situated, in Second Avenue, at the then Retreat Primary School (later named Thomas Whilschutt), another was established at the Calvinist Church hall in First Avenue, and the fourth at the Apostolic Church Hall in Third Avenue.

Later, said Mr Neumann, the school was built at its current site which was then called Punt’s Farm.

“It was owned by the Punt family, who grew and sold produce to the community. The low-lying area opposite the school and Traillee Road was usually flooded and children often swam or rowed on it in zinc baths. The area around the school and the section towards Fifth and Eleventh Avenues consisted of only wood and iron shacks.”

Initially the school’s pupils came mostly from Retreat, Steenberg and Heathfield, but today pupils come from as far afield as Khayelitsha, Capricorn, Lavender Hill and Westlake.

He added: “It has always enjoyed a high standing in the community. Over the years, the school has produced prominent members of society; this includes leading figures in the academic world, the business sector, arts, sport and political arena.”

The school also has a rich anti-apartheid history. “The school enabled the gatherings of youth who were involved in movements that actively fought for democracy in the 70s, 80s and early 90s. Our school was one of the first schools to establish a Parent Teacher Association (PTA) with a strong politicised Student Representative Council (SRC),” said Mr Neumann.

From the early 1970s, Heathfield High School was deeply rooted in the principles of Western Province Senior Schools Sports Union (WPSSSU) as well in Sacos.

“These organisations arranged sporting competitions that encouraged mass participation for learners from disadvantaged schools. The rallying chant was ‘no normal sport in an abnormal society’”, he said.

After a long history of sport, Heathfield High is slowly clawing its way back to the sporting arena, he added.

“We are actively involved in 13 codes of sport, and with the acquisition of the school hall, we foresee the volleyball code growing back to its former glory. The annual 24-hour marathon, and the Inter-house athletics meeting has also become anticipated highlights of our sporting calendar.”

In 2015 after nearly 40 years of actively campaigning and fund-raising, the school acquired a hall. “Today the school’s hall is centre for the energy for school productions, sports, arts and many social and formal community engagements. The acquisition of the school hall gave the genesis to the sleeping giant in the formation of the Heathfield High School Alumni Association; it has grown from strength to strength into a strong partner to the school,” Mr Neumann said.

“We salute our teachers and students’ for their revolutionary role in the resistance against Apartheid. We wear that badge with immense pride and honour. True to our revolutionary character we pledge to continue to advance the dreams and aspirations of our learners and the community that we serve unapologetically,” said Mr Neumann.

Mr Neumann said: “As the present principal, it has been quite a remarkable feeling to recollect and rekindle our rich and proud history.

“Our school has been through turbulent times and yet it continues to carry the flame of hope for the poor and most vulnerable in our communities. I cannot help but feel an immense sense of pride to be associated with an esteemed institution like Heathfield High School.

“I want to take this opportunity to thank all friends, associates, former and present staff members for the dedicated service to the Heathfield High School community.

“We are encouraging former pupils to support our 60th anniversary celebrations.” 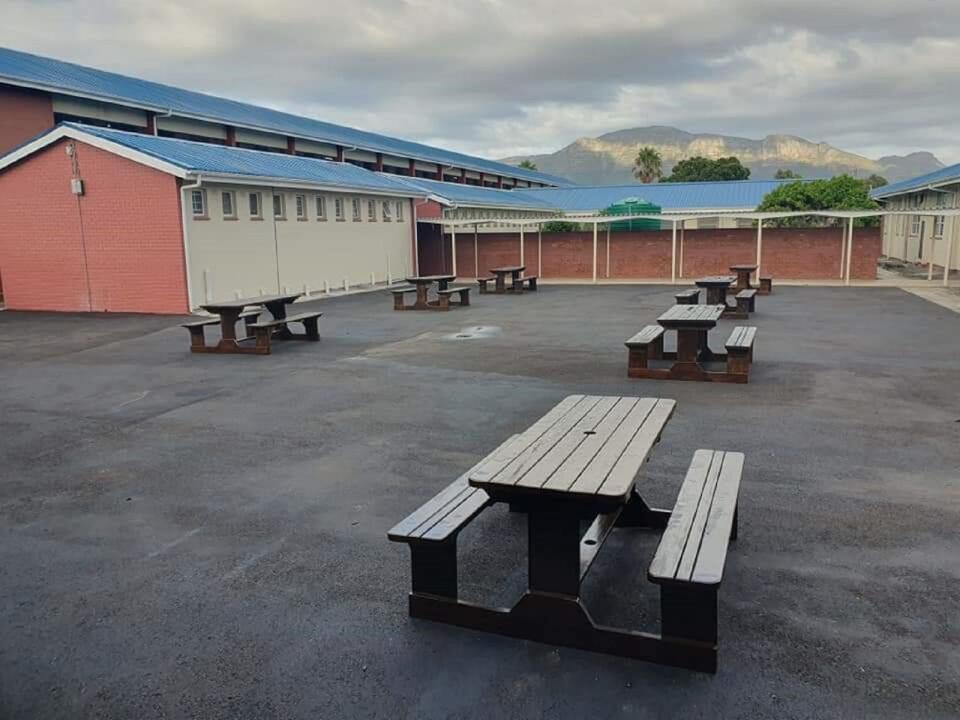 1/2: Over the years, the school has produced prominent members of society; this includes leading figures in the academic world, the business sector, arts, sport and political arena. 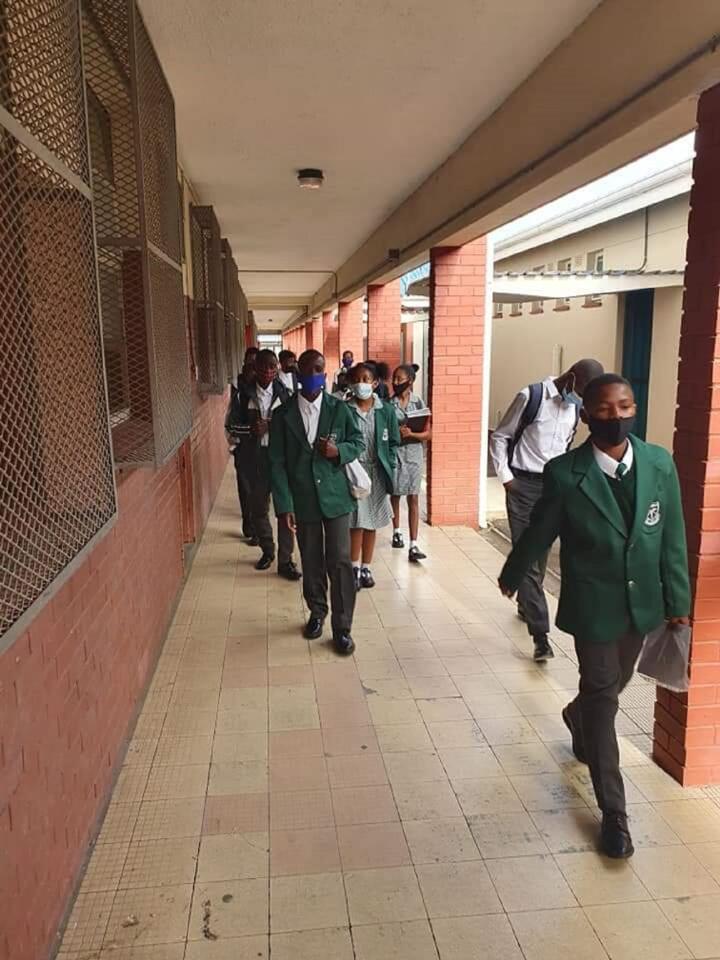 2/2: Current pupils walk the hallways of the school.