Phumlani Village residents had to spend the Easter weekend sleeping out in the cold after a fire devastated the informal settlement, near Lotus River, late on Monday afternoon March 29.

About 178 people were destitute and in a panic to rebuild the 49 homes that were destroyed in the fire. The City of Cape Town was not able to provide assistance but victims have been getting support from non-profit organisations.

Jermaine Carelse, spokesperson for the City’s Fire and Rescue Service said they had been alerted to the fire at 5.13pm. He said no injuries or fatalities had been reported and that the cause of the fire was unknown.

Wynita Kleinsmith, spokesperson for Grassy Park police added that “no foul play was suspected but it is believed it was due to an electrical fault”.

Community leader Sidwell Kweba, community leader, said: “It’s that fire time again” and that if the rain came before people were able to rebuild their homes “we just need to be strong”.

Devastated Janine Abrahams said she was shocked when she came back after fetching her five children from school to see her whole house burned to the ground. “I have lost everything, my furniture, ID documents, clothes, appliances… everything.”

Ms Abrahams said she had two children in high school and three in primary school. “We had been living in Phumlani for four months. We moved from Hanover Park, because of the shootings and moved here to a safer area. Now we have nothing and have to start over again.”

Charmaine Philander said she was at work when the fire started. “I got home and discovered all my things had been burned down. I was told the fire started at the back of my place and burnt down a couple of shacks.”

Ms Philander said “I’m not sure what to do as my family is traumatised“.

“I would appreciate it if anyone could help and assist us. I will be grateful and thankful for any donations for my children and for my house to be rebuilt.”

Ward councillor Gerry Gordon, who was at the scene, said emergency building kits are no longer being supplied by the City since national government cut its funding.

This was announced in a media release issued by Malusi Booi, mayoral committee member for human settlements, on December 14 last year. Due to the National Government budget cuts, he said, the City of Cape Town was no longer able to offer the extra service of providing fire and flood kits to residents outside of declared disasters.

Mr Booi said: “For more than a decade, the City delivered an unique service by issuing emergency fire and flood building kits to residents. The National Department of Human Settlements, however, has drastically reduced housing funding to all provinces (and) overall cuts in national human settlements grant money is impacting on the City’s delivery in many ways.”

Meanwhile, the residents affected by the fire were left stranded and non-profit organisations stepped in to offer relief.

He said his organisation and Ray of Love and Grace community projects would continue to supply hot meals daily.

“We managed to get hold of the South African Red Cross Society (SARCS) under leadership of Byron Coetzee and Marianna Noemdoe who distributed blankets, mattresses and sanitary packs, on Wednesday March 31. We salute SARCS for the speedy services rendered as this brought some relief to Phumlani residents in the rainy weather,” said Mr Van der Schyff.

Mr Kweba thanked all the organisations who supported the victims with food and clothing. “Islamic Relief and Gift of the Givers have been giving us donations since the day after the fire.”

If anyone wants to donate building materials, furniture, appliances or clothes contact Mr Kweba on 083 946 6729. 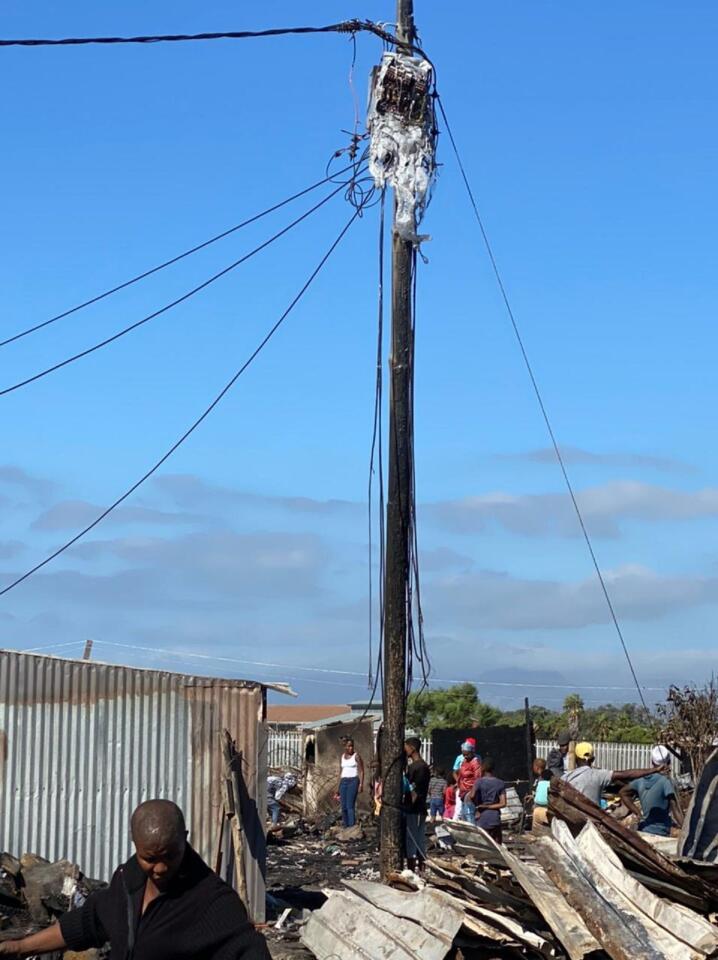 1/6: A fire engulfed the structures at Phumlani Village last week. 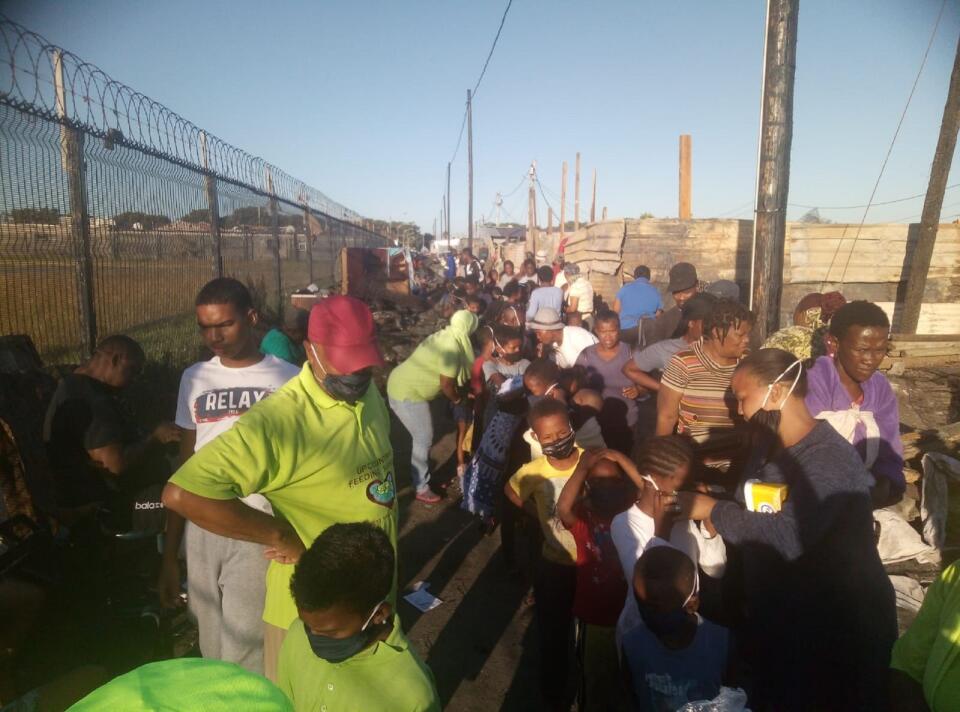 2/6: Upcountry Feeding Hands and Ray of Love and Grace community projects have been feeding hot meals daily to the fire victims in Phumlani Village. 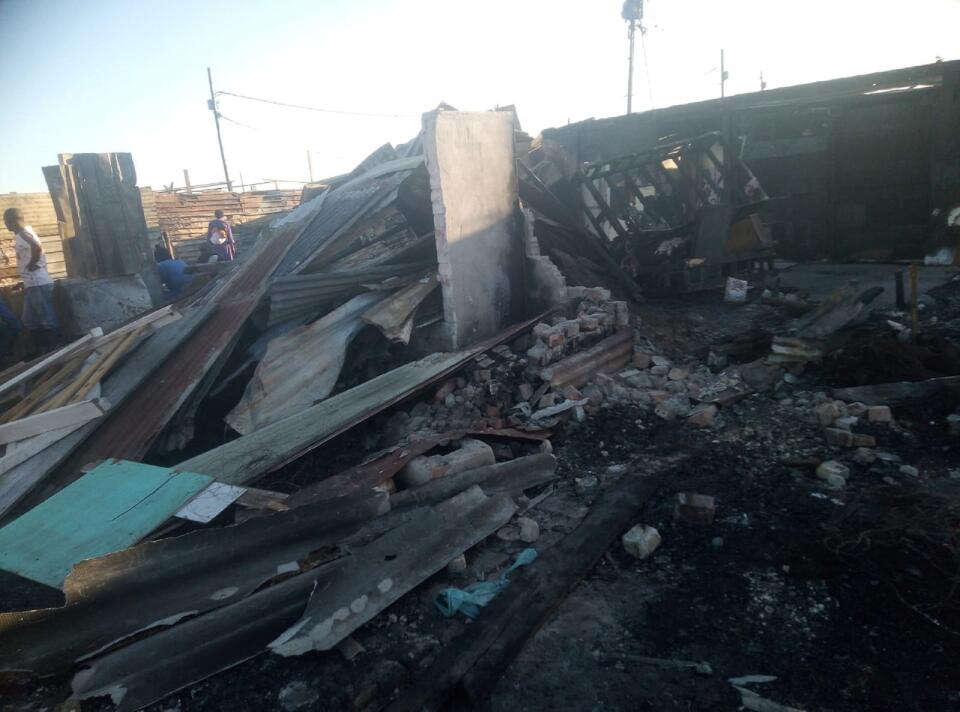 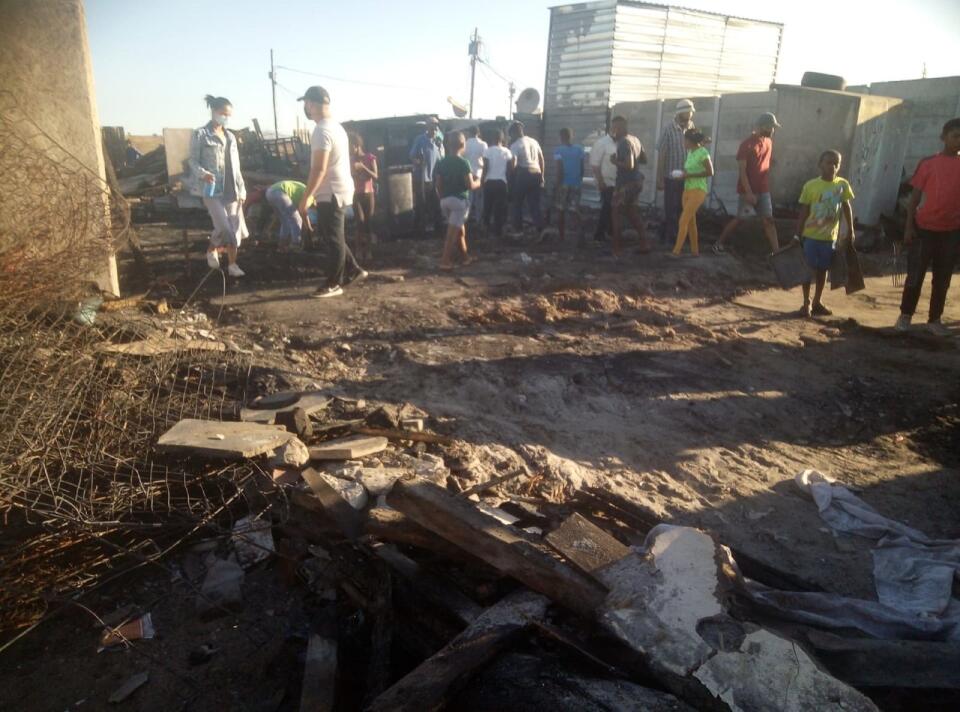 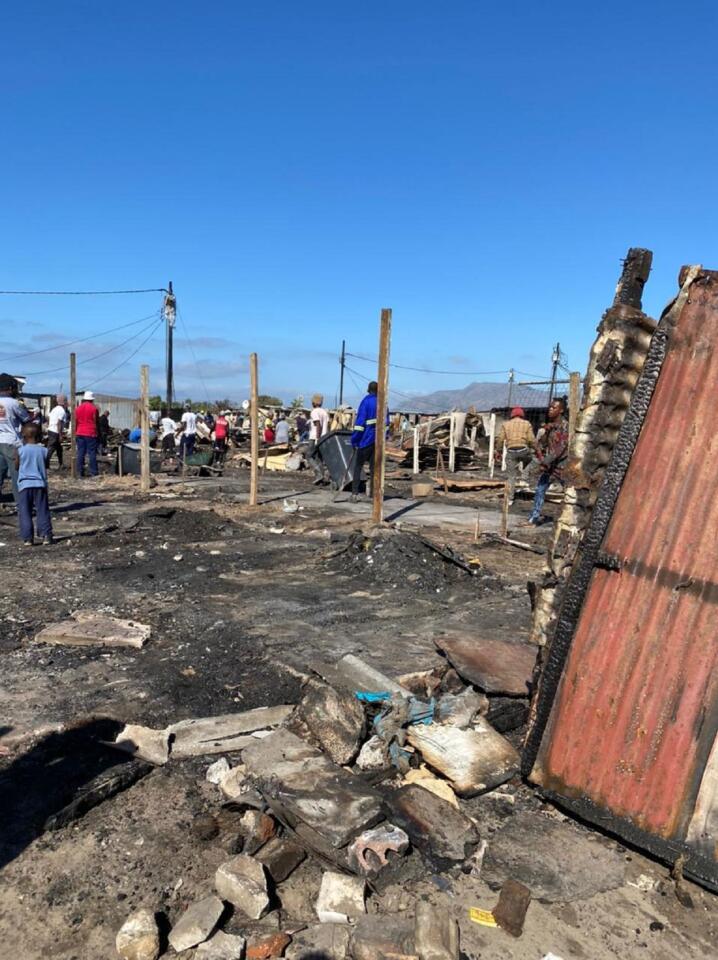 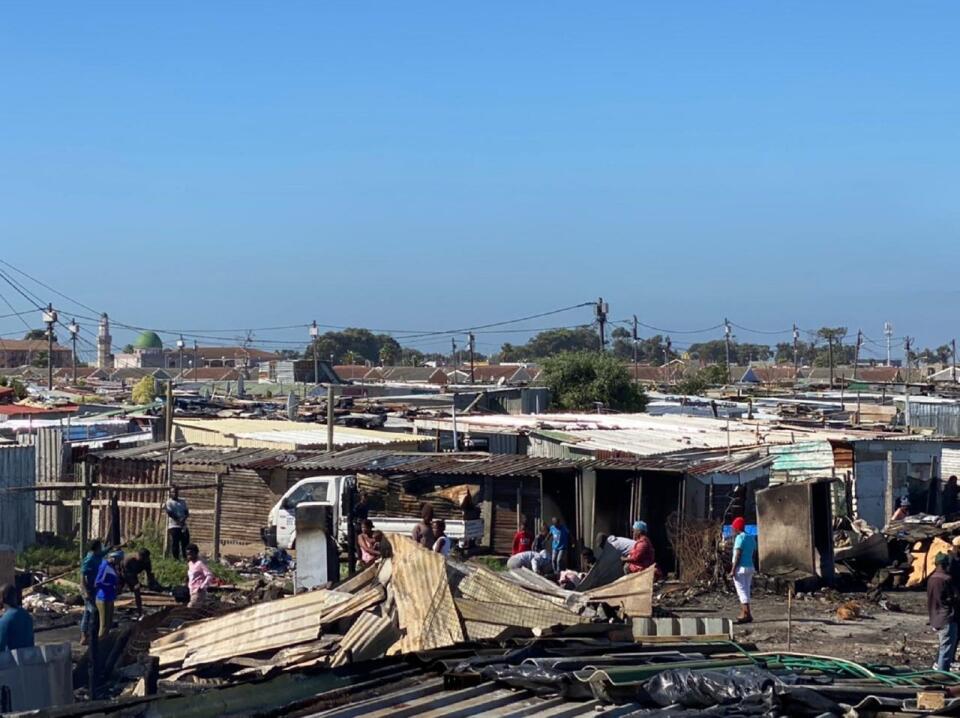 6/6: The Phumlani residents had to clear up and rebuild their homes from scratch.